Learn more about the current cold cases in Carter County and how you can help.

Fifty-four year old Mrs. Jerry Yell was visiting an aunt in Ardmore. Mrs. Yell never returned to her home in Oklahoma City. Her 1989 Lincoln Mark VI was discovered abandoned in a North Commerce Street parking lot a few days after her disappearance.

Mario Valentino Brooks, 19, was shot to death at the Family Barbeque Social Club in the northwestern Carter County town of Tatums, Oklahoma. The shooting took place around 4:30am Sunday morning in the parking lot of the club. Brooks’ killer is still at large.

Ardmore insurance woman Johnetta Johnson was found slain inside her residence at 112 H. Street Northeast. Investigation revealed she died from a trauma injury. Police are still looking for her killer.

BOOKS WERE STOLEN FROM THE CARTER COUNTY CLERK’S OFFICE

Two invaluable books were stolen from the Carter County Clerk’s Office in Ardmore, Oklahoma. Person or persons unknown entered the courthouse during that day and removed without permission two Indian Roll Books. These books are red, about the size of a standard sheet of paper, and about 3 inches thick. Those two books contain thousands of names of the five civilized tribes who were on record as of 1902. The information recorded on each Indian was: Name, Roll Number, Census Card Number, Age in 1902 and percent of Indian blood. These books, older than statehood, cannot be replaced. Officials are seeking help on finding these two treasures. 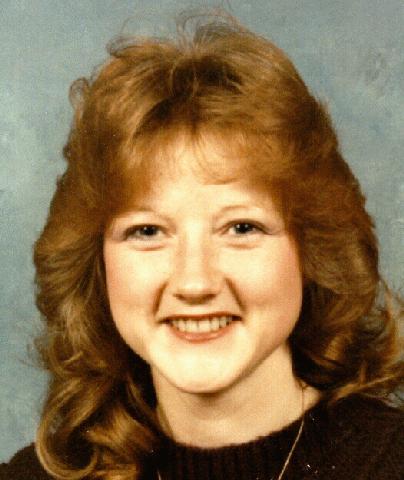 The body of Debra Jean McClendon, 27, was found in her pickup behind Mt. View Mall in Ardmore, Oklahoma. Mrs. McClendon died from a gunshot wound to the head. She had been dead several hours when found by her father, Bill R. Lynn of Ardmore. “Debbie” was found dead in her 1983 “red over silver over red” Chevrolet pickup. The killer of Debra McClendon is still unknown.

Twenty five-year-old Sherry LaNell Higgins’ beaten, nude body was found in her mobile home at 500 East Birch in Wilson, Oklahoma. Every inch of her body had been shaven. Her husband was arrested, but later released. The medical examiners said she died of hypothermia. The death of Sherry Higgins still remains a mystery to this day. 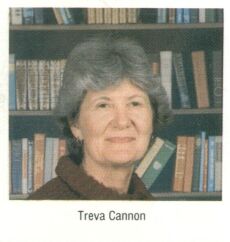 Treva K. Cannon, 327 11th NW, Ardmore, was found dead in her white frame house. An investigation determined she had been struck with a blunt object, killing her. Carter County District Attorney Ron Worthen, and Oklahoma State Bureau of Investigation (OSBI) agent and Ardmore police were at the scene late Tuesday morning waiting for an OSBI lab team from Oklahoma City. “We don’t really have a lot right now. We haven’t touched anything waiting on the lab team,” Worthen said late this morning at the scene.

Shirley Stinson, a neighbor, said she heard a “banging noise” around 1 a.m. and got out of bed to check. “My son had just gotten home from work and was writing a letter to his girlfriend. So I didn’t think much about it,” the neighbor said.

Brenda Sparlin, a neighbor, said, “She usually leaves for work at 7:30 a.m. but her car was still there….. I tried to call twice before I went over there.” “I knocked and she didn’t answer. The front door was open and when I walked to the back and the back door was open. I saw her in the front bedroom.”

Ms. Cannon was a social worker for the Department of Human Services at the Pauls Valley State School. She formerly taught at Springer junior and senior high schools, and Ardmore Junior High School. Mrs. Cannon received a bachelor’s degree in business administration from Texas Tech University and a master’s in education from East Texas State Teacher’s College. She also received a master’s degree in social work from the University of Oklahoma. She was a resident of the Ardmore area for 21 years. She was a member of the First Baptist Church where she taught Sunday School. Ms. Cannon had a daughter, Donya Cannon Witherspoon, Fort Worth and two sons, Monty Ross, Dallas, and Keith W. Cannon, Norman.
Ms. Cannon’s murderer has never been found.

Ardmore police officer Doyalene Smith while on routine patrol came upon a van at the intersection of “D” and 11th Street Northeast. Stopping to investigate, she found the body of Arthur Daniel beside the van in a pool of blood. Daniel was dead from a gunshot wound through the eye. His killer has never been found.

Person or persons unknown entered the home of Ardmore High School Coach J.C. Dunn at 500 Campbell Street Northwest in Ardmore. Sometime that Wednesday afternoon, J.C. Dunn was killed with a single blast from a 12 gauge shotgun in the bathroom of his home. The murder has never been solved.